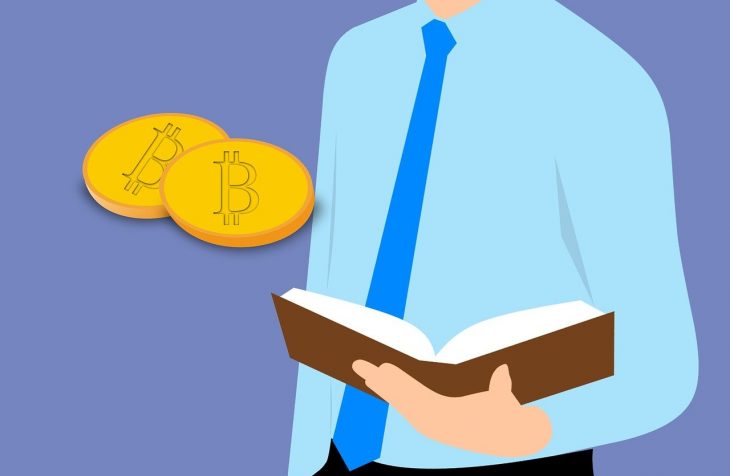 Bitcoin has set a new record and is fighting for the next milestone – the $20,000 mark. Still better however the competitors of the most well-known crypto currency developed. Particularly with the number two on the market, Ethereum, large changes cast their shadow.

“Call it the ‘Respect Rally'” – U.S. asset manager Joshua Brown sums up what is driving the Bitcoin share price this year. No longer only hard-boiled crypto proponents and Tech fans set on the oldest and most well-known crypto currency. Bitcoin is also gradually gaining respect in the Wall Street establishment.

Ray Dalio, head of the world’s largest hedge fund Bridgewater, recently expressed doubt about his previous rejection of Bitcoin. “Am I missing something? I’d love to have someone correct me,” Dalio wrote on Twitter. This week, Larry Fink also expressed cautious optimism about Bitcoin. Fink is head of the world’s largest asset manager BlackRock and thus the master of over 7.5 trillion dollars of client capital.

“Bitcoin has captured the attention and imagination of many people. The currency has yet to prove itself, the market is comparatively small and sees these big movements day after day. Can this become a global market? Possibly,” Fink said according to a report on the US channel “CNBC”. Fink pointed out that Bitcoin already has a real impact, for example on the relevance of the US dollar for investors.

In addition, Fink said that the question arises as to how Bitcoin could change global payment flows. Here, too, the question is whether the dollar will remain the relevant trading currency or whether it will not – at least in part – lose shares in digital currencies. Some payment service providers are already working on this, noted wealth professional Brown.

Bitcoin: On the way to the holy grail

Paypal and Square want to integrate Bitcoin into their payment system. According to Brown, this would suddenly enable crypto-currencies to be used by a completely different audience: This case was the holy grail from the beginning – how do I get ordinary people who know nothing about crypto-currencies to pay with crypto-currencies? BTC has established itself as payment option at many bookmakers, here is a casino list that accept it.

Brown compares this case with other, omnipresent consumer goods, where the users do not know the inner workings either. “I don’t know how to disassemble the engine in my Chevy Tahoe, but I know how to drive my child to school,” writes Brown.

According to Brown, this is one of the important reasons for the Bitcoin Rally this year. Bitcoin trading bots are getting very popular for traders too, a list of providers can be found at bestbitcoinbot.com. A look at the entire crypto market shows, however, that not only Bitcoin is in demand again. From a low at 50 billion dollars (after the hype year 2017), the market, ex Bitcoin, has swollen again to 214 billion dollars. Nevertheless, Bitcoin is still the dominant digital currency with a 62 percent market share, even though its share has shrunk by more than 20 percentage points since 2017.

At Ethereum, an update could change everything

The number two, Ethereum, comes only on a market share of well twelve per cent, increased with an annual plus of 361 per cent however more than twice as strongly as Bitcoin. From a record high Ethereum is however still far away. The all time high of the second largest crypto currency lies with over 1448 dollar, momentarily the course notes with approximately 600 dollar.

However, the momentum in Ethereum could continue. In addition to the factors driving Bitcoin, the price could also benefit from technological changes. “CNBC” reported that a transition from a “proof of work” to a “proof of stake” concept is beginning this week.

This update to “Ethereum 2.0″ changes the rules by which new tokens – units from Ethereum – are generated. Until now, so-called miners confirmed transactions in the block chain, the decentralized directory and heart of many crypto currencies. Miners” who solved complex calculations with special computer equipment received new coins.

This is how the “Proof of Work” concept works. In the “Proof of Stake” concept, Ethereum holders are to deposit coins to confirm transactions in the network. Essentially, Ethereum allows the holders to generate a kind of interest over time. The update also introduces frayed, parallel block chains, which could solve the scaling problem – increasingly sluggish networks – of crypto currencies.

Since Ethereum is primarily intended as a basis for decentralized financial services (DeFi), the update, if adopted, could give further impetus to the crypto currency. DeFi applications should, for example, replace centralized services such as securities purchases via a broker or loans via banks. Instead, transactions are to be carried out directly via the Ethereum network without an intermediary – this only works if the transaction speed is high enough.

Since Ethereum is primarily intended as a basis for decentralized financial services (DeFi), the update, if accepted, could give the crypto currency a further boost. DeFi applications should, for example, replace centralized services such as securities purchases via a broker or loans via banks. Instead, transactions are to be carried out directly via the Ethereum network without an intermediary – this only works if the transaction speed is high enough.

Similarly high growth rates as Bitcoin and Ethereum are also recorded by the other, larger crypto currencies such as Ripple, Litecoin or Chainlink with increases of 232 percent, 115 percent and 686 percent respectively since the beginning of the year. If the skepticism of asset managers towards Bitcoin & Co. continues to dwindle and actual applications such as DeFi at Ethereum become technically feasible, it is conceivable that further records will fall from the hype year 2017 – not only at Bitcoin. One of the reasons for the recent pump is that Paypal will accept BTC soon, read more in this article.

The momentum speaks for this. Although Bitcoin has recently bounced off the $20,000 mark, it has quickly made up for the subsequent price drops of sometimes several thousand dollars. Fortune professional Brown wrote for this that Bitcoin rises evenly, because it rises. What sounds like nonsense is one of the most common explanations for market movements of all kinds, the expert said.

“Does not mock, that is the reason, why most things happen in the financial markets, is only explained afterwards. I have experienced this on TV appearances literally in real time. The more a price moves in one direction, the more people believe it will continue until there is a sticking point and a correction shakes everything up,” Brown noted.

It remains to be seen when Bitcoin will reach this critical point. It is not uncommon for prices to rush out again after overcoming a resistance – such as the $20,000 mark at Bitcoin. Likewise market observers speculated that exactly then profit-taking could add to the price.

In each case crypto currencies remain an asset, which needs steel nerves. The volumes and volatility are enormous. At Ethereum, for example, a third of the market has turned over in the past 24 hours. Bitcoin crashed at the end of November within hours from 19,200 to 16,500 dollars – a minus of 14 percent. Crypto investors must be able to deal with such movements.

The current Bitcoin events should make the heart of every crypto enthusiast beat faster. Current media reports from China could however somewhat cloud this positive mood. Local sources report that the authorities in Baoshan want to completely shut down the power supply to the local miners.

On November 30, the Chinese crypto reporter Colin Wu commented on the current situation via Twitter. According to this, the Chinese government has issued a ban stating that it will cut off the power supply for mining farms in Yunnan. Wu is of the opinion that this is more a matter of “economic interests” than a general ban on crypto-mining:

China provides 65 percent of the (attributable) global Bitcoin hash rate. If this figure is extrapolated to the Yunnan, it turns out that 5.42 percent comes from this region. This makes Yunnan the fourth largest mining region in China.

Not the first mining conflict in China

The news comes after Chinese miners complained last month that they can no longer pay their electricity bills. In June 2020, Wu also reported that the Yunnan government had closed a total of 64 mining farms after they were suspected of tax evasion. Seven of the closed mining farms had not even been completed.

Despite the current incidents, China still holds the global leadership position in terms of hash rate. However, this could soon change. Due to the harsh actions of the government, local miners are giving more and more shares to other countries. The coming months will show whether this will continue to be the case in the future and whether China will remain the global leader.