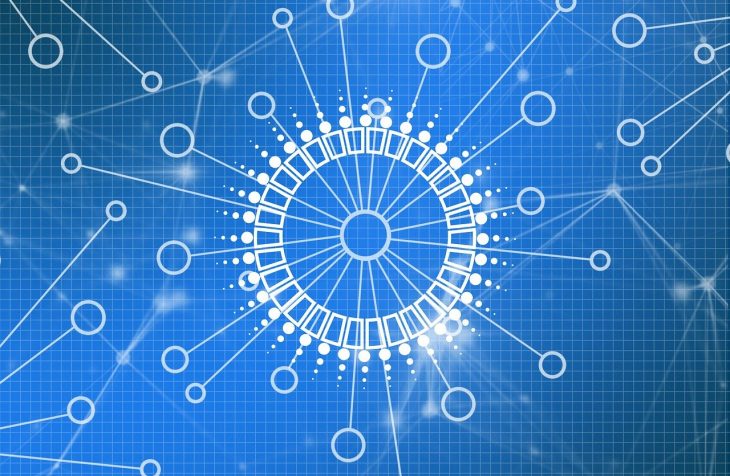 The vision of Web 3 as the successor to Web 2.0 is currently taking on very different forms. Orchid, for example, wants to banish surveillance and censorship from the Internet. We spoke with CEO Steven Waterhouse.

Various startups are working to make the Internet more decentralized. Many different approaches are relying on blockchain technology. What exactly is behind the so-called Web 3 and why the development is so important is explained in the article Web 3: The beginning of the end of the platform economy is decentralized. 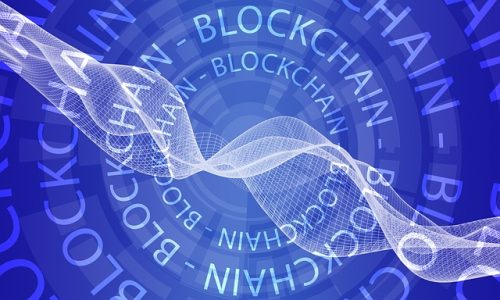 Orchid is one of the startups that want to reinvent the Internet. It is a protocol that aims to harness surplus bandwidth to build an encrypted and decentralized infrastructure. That is a completely other approach than regular VPN provider like PrivateInternetAccess offer, you can read a review here.

In this way, users are to gain access to the Internet – and completely without surveillance and censorship. Put simply, Orchid users trade bandwidth among themselves for Orchid tokens. This works on a peer-to-peer basis using the Ethereum blockchain.

Orchid has attracted interest from investors such as Sequoia, Andreessen Horowitz, DJF, Polychain Capital and others who are backing the project. The team includes Jay Freeman, who comes from the alternative app store for the iPhone – Cydia. Also on board are Brian Fox, author of Bash Shell and first employee of the Free Software Foundation, and Gustav Simonsson, who wrote the core security framework with a team from Ethereum.

We spoke with Steven Waterhouse, CEO and co-founder of Orchid Protocol and Orchid Labs. A native of England, he did his PhD on deep learning and speech recognition at Cambridge and has lived in San Francisco for 21 years. You can find the website here.

Steven, there was a time when many people didn’t want to use credit cards to protect their privacy. Now we are much more careless with our data. How did that come about and what has changed?

Currently, users pay for seemingly free services on the Internet with their data. Do you think most people just don’t care or just don’t know any better?

I think many people lack awareness here. In the U.S., we’ve had a couple of cases recently – for example, a law was passed that basically allows broadband providers to sell your data. Whatever you do, they can sell it on to third parties. Imagine if your health insurance company finds out that you’ve been researching a certain disease – and suddenly your premiums are raised or you lose your coverage completely. It may sound a bit far-fetched, but it could happen. Suddenly you have to worry not just about the government, but all the corporations – and they’re very, very powerful and have influence over a lot of governments.

The other thing was net neutrality. So the idea that all traffic is equal and not subject to different rates and that was abolished by the FCC and so slowly people are realizing what that means. There’s an app, you can download it on your phone and it will tell you if your traffic is being restricted. Slowly but surely, people are realizing that this is a hidden form of censorship. Censorship can take many forms, maybe you can’t access certain content – or maybe you have to pay a lot to see it.

Net neutrality has long been a big issue among techies, but it continues to spread. From San Francisco, I watched the Winter Olympics, but on BBC because I like their coverage better. And after a few days, the BBC server detected my VPN and kicked me out. I couldn’t watch anymore, I had to use another VPN. With Orchid that wouldn’t happen anymore because it’s decentralized.

You want to set up a decentralized peer-to-peer network. In your whitepaper you mention bandwidth mining. What does that mean?

The concept is based on a similar principle as Bitcoin mining or Ethereum or other, it’s the same concept. But on a completely technical level, it’s not quite, because when you mine Bitcoin, you have a work product to show for it. But to show bandwidth is more difficult. You can floode the network, of course, but that’s not really a good idea.

The basic idea is that everyone provides resources to a network, in this case encrypted bandwidth. In return, there is then some sort of allowance in the form of Orchid tokens. Think of the tokens like a new Internet provider. You pay to get this encrypted, surveillance- and censorship-free access to the Internet. And the providers on the network are either professional bandwidth providers, data centers or individual users. The broader the network, the better it scales and the better it can withstand attacks.

What distinguishes Orchid in detail from Tor or VPN 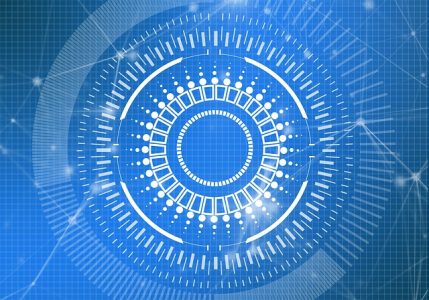 First of all, the background philosophy: most people in the Western world use VPN to move their location. In China, of course, that’s also very popular with a lot of users. You move your location so that the operator of a service thinks you’re sitting in Berlin and not in Chicago watching Netflix. You’re not breaking any rules – well, you are, but you’re still paying for the content. You’re violating the licensing terms for that content. And as for Tor, Tor is basically supposed to provide complete anonymity.

Is Orchid intended more for people in countries like China, because hardly anyone in this country uses a VPN – not even in open WLAN, or only to watch Netflix?

If you look at how the use of VPN clients has evolved (read more in this article) since the net neutrality law, you’ll see that it has increased rapidly. So if you had asked me that before this happened, I would have said you need to find ways to market Orchid in the context of fun. That you promote it in the context of the World Cup in the summer, for example, because the BBC coverage is better, or the Spanish coverage, and then you’re like, “Why can’t I do that, why can’t I do that!”

I remember when I was freshly arrived in the States, I really wanted to listen to Radio 1 – Pete Tong’s “Essential Selection” on Friday nights – and it wasn’t possible. I complained to my brother and we came up with the idea of setting up a server in London and with a little delay I was able to listen to the radio. Nowadays, of course, we have web radio and apps like TuneIn, but that thought, that “Why can’t I do this?!” that was on my mind.

There is a lot of discussion about decentralized Internet 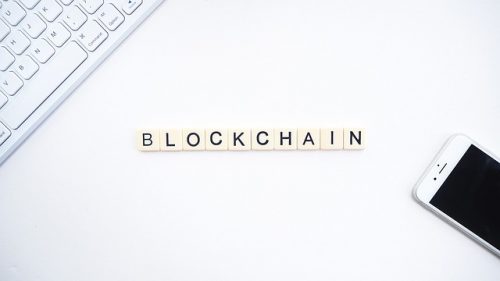 Can you imagine that blockchain technology will eventually create a truly decentralized Internet?

I believe that some things work better centralized, even though I am an advocate of decentralized structures. A good example to explain this statement is a ranking system like Ebay, for example.

Ebay has created a really good system to make sure that buyers and sellers are ranked. I can easily find out if you’re a good buyer and seller, I can see your past transactions, and Ebay’s people take care of fraud and sort things out. Of course, you can certainly set this up in a more decentralized way, but in the end, there is the question of the author, of who gets to determine what is right and wrong. You can decentralize a lot of aspects around auctions, but user evaluation is important not only by other users but also by Ebay itself to eliminate fraud.

These things will probably become less decentralized than the dreamers would like, but there are already solutions, and they all involve some sort of semi-decentralized structure.

In order to implement your visions and also more far-reaching ones from the – as you call them – dreamers, you need the technology. But you also have to convince users of this idea. What’s the best way to do that?

When I think back to my time at Cambridge, I think of emails going directly to a big machine in the faculty at the time. That was the fastest way and not decentralized at all. That was a direct connection. There’s also this joke that the cloud is really just someone else’s computer.

Google doesn’t really know which machine your mail is on. In fact, it’s more likely that a lot of machines store your mail, and it’s probably broken down into many small individual files. In principle, this is already a decentralized architecture. In the future, a lot of technologies like virtualization or even peer-to-peer will simply move from data centers to the wide-area network of decentralized technologies. Cryptocurrencies and blockchains simply enable very exciting approaches when it comes to wide-area networks and scaling based on them, read more here.

Actually, we’re just taking our old technologies and reinventing them. The answer to your question actually comes from existing services. Skype, Napster and others are all decentralized peer-to-peer technologies. What’s missing is that such decentralized services also work without a single provider.

If you look at the whole thing from the perspective of an investor, you naturally have to ask yourself what exactly the advantage is of setting up decentralized services that already work. The simplest answer is, of course, that it saves money. However, cheaper does not always sell better. For decentralized alternatives to catch on with users, they have to come up with new tricks and not just copy the business models around established technologies.

Google Maps is really interesting here because it was basically the first application to properly utilize GPS smartphones. Suddenly the phone knew where you were. Suddenly it made sense that there was a GPS chip in there. So Google at that time managed to take an existing technology and build a brand new business model on top of it.

In my opinion, it’s much more interesting in the area of decentralized technologies to think about what new ideas can be realized with it.

So you have to be patient and wait until there are some really new applications in the real world, and then you sell it to people after the fact?

That’s actually a better way to sell everything, isn’t it? If I were to say to people on the street right now, “That’s fascinating that you’re using Uber, you know, it’s a GPS tracking service in your phone” – they would look at me like I was crazy and say, “What are you talking about, that’s just the Uber app, I have no idea how that works.” I’m convinced that things that don’t matter how they work, as long as they work, will always prevail.